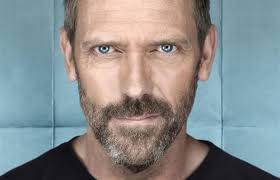 I have been following the TV series House, on an on-off love-hate relationship for some time now, and it started when my lovely wife introduced it to me I think in 2009. The first time I watched it, it made me really laugh and smile and sometimes tear, at the sorrows and joys from the scenes within the show.

The megalomaniacal Dr. House, an ultra-brilliant but ultra-bitter and broken at the same time (literally too, as he has a chronic injury to his right hip and thigh that leaves him to limp, and very bitter). What he does is solves cases that were undiagnosable to doctors and medical specialists, along with his team that changed and evolved over the seasons.

But this article isn’t about all that. I watched the last episode of House yesterday with my wife, and I was blown away by the ending *spoiler alert* but I wanted to share about some of the fuzzy, warm-inside experiences and the-after lessons that I gained and garnered from the last episode.

To put things in perspective, this was what transpired:

In the end, House obliterated his entire being, reputation and future, so that he will avoid being put in prison (caused by a prank that went wrong) and spend the next 5 months with Wilson, that will be Wilson’s last 5 months on the face of the earth as the terminal disease eats away at him.
The last conversation before the series ends:

Wilson: House, when the cancer get too much for me…
House: Cancer’s boring.
House wears his helmet, and Wilson does too, and they ride away.

To me, it’s amazing what a sacrifice that House made. He literally gave away his entire future and any possibilities of working in medical, forsaking all his family members and friends who would have think that House has died, all for his best friend, Wilson. Throughout the entire series and seasons, it’s been depicted such that House is a very selfish asshole, lying constantly, petty and quarrelsome, though doing it brilliantly at times. Self-abusive and addicted to vicodine too. It seems that the whole show was about him and his ego (interesting, as the whole show actually is about him, that’s why it’s called ‘House’), and that his colleagues and staff would keep getting angry about “having to protect him” and that they have to let him pay for his own deeds “so he’ll learn”.

Read Also  MY STRUGGLE WITH USING MY NAME FOR NIGELCHUA.COM, AND HOW I OVERCAME IT

This happened all the way to the end where Wilson too said it, because House wanted Wilson to take the rap for the prank that had went bad, and being caught for it, it’d mean that House will be in prison for 6 months…enough to miss Wilson’s last 5 months on earth – but Wilson refused it. 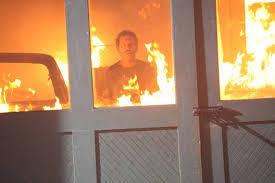 In the end, though it wasn’t explained how House got into the building and how the fire started in the building (bits and pieces of information that I picked up and garnered that his last patient got him heroin to use, and he tried to commit suicide but it obviously failed) and he started to hallucinate about people he has come into contact with – dead Kutner, dead Amber, his ex-wife, his ex-staff Cameron who loved him. The first three wanted him to live, but the last one wanted him to die, and not out of spite but out of love.

He escaped through the back of the building and was last seen by Wilson to be crushed under burning debris, and his “body” was found after the fire was put out, and that the body was indeed confirmed to be House’s (he planted information there). Later, in the eulogy, everyone who was in the series and who were more prominent was seen and heard sharing their eulogy of him and their experience with him, and all spoke very positively about him and what he did that was good, though it seemed badly and distastefully done at times. Only when it came to Wilson, Wilson was the only one who started saying this like “House…is an ass.” and he went on to berate House still, until he got a SMS from House, saying

Shut up you idiot

Shocked, he left the eulogy and looked for House at his place, and found him seated at the front porch, and it looked like he was waiting for him. House explained how he escaped and why he made the conscious decision to erase his present and future by faking his death.

So I’ll have 5 months with you (before you die).

To which Wilson took a few seconds to register, then he smiled. That was just beautiful friendship. To die for a friend. By itself, it’s even biblical

13Greater love has no one than this, than to lay down one’s life for his friends.

I loved this ending, and this ending is probably the only ending to any shows that I’ve ever watched or paid attention to long enough. What a beautiful ending to this series, and from here I’ll probably leave my imagination how they’d spend their last 5 months playing together, enjoying life as it is, and as they are.