You are here: Home / Archives for Conscious Living

Over the course of years, decades and the time of sabbatical, I had to learn and deal with institutions and individuals that outright lie, cheat and manipulate to unfairly and unjustly get what is owned by others. And this isn’t just limited to corrupt individuals that are far from us, but they can be just someone next door or next to us.

To me, this is lower level being and low levels of mindset and master – which we can see everywhere.

Remember those books and shows that you watch, where you see individuals that resort to cheating/lying/manipulating to get whatever they want to get, but in the end, continue the endless self-defeating battles where they

and the list goes on and on. They can keep trying, but their needs don’t get sated.

Matthew 5:6 “Blessed [joyful, nourished by God’s goodness] are those who hunger and thirst for righteousness [those who actively seek right standing with God], for they will be [completely] satisfied.

It’s simple – those who are unrighteous will not be completely satisfied. They are forever hungry, thirsty, insecure, tired and more. Simply because the only one who can sate and bring us to complete satiation and satisfaction and salvation is Christ:

John 4:14 Whoever drinks of the water that I (Jesus) will give him will never thirst again

To make things worse, those who do not know Jesus, or do not follow Him, or worse, who purposely go out to cheat, defraud, lie, manipulate, murder others for their belongings – the bible clearly says:

And so many more.

Maybe that’s why I’m often sleep well and wake up rested. Or how I am happy and delight in the Lord. I know if the Lord is for me, then who can be against me? No weapon against me shall prosper. I know He’d lead me to green pastures, and anoint me with oil in the presence of my enemies…

It’s simple but profound, the underlying principle of upgrading consciousness and conscious actions is simply:

I know I need not lie, cheat, defraud or manipulate to get the blessed life I want. In fact, I am blessed, with wonderful family, a wonderful team, a wonderful life, and I am happy.

Happier than when I was working with corrupt, lying, manipulative and evil individuals and institutions, happier by at least 10X haha! But I believe that as long as I’m with Christ, and He is with me, and that I keep doing the right thing, God will take care of the enemies, problems and whatsoever I need.

How to level up our consciousness and actions?

For me, I simplify it by the three simple qualifiers:

Any actions that I want/will say or do, I ask myself:

Yes, really. We don’t have to make it more complex and complicated than it needs to be – hence the bible say:

15 “Listen closely, I have set before you today life and prosperity (good), and death and adversity (evil);
16 in that I command you today to love the Lord your God, to walk [that is, to live each and every day] in His ways and to keep His commandments and His statutes and His judgments (precepts), so that you will live and multiply, and that the Lord your God will bless you in the land which you are entering to possess.
17 But if your heart turns away and you will not hear and obey, but are drawn away and worship other gods and serve them,
18 I declare to you today that you will certainly perish. You will not live long in the land which you cross the Jordan to enter and possess.
19 I call heaven and earth as witnesses against you today, that I have set before you life and death, the blessing and the curse; therefore, you shall choose life in order that you may live, you and your descendants,
20 by loving the Lord your God, by obeying His voice, and by holding closely to Him; for He is your life [your good life, your abundant life, your fulfillment] and the length of your days, that you may live in the land which the Lord promised (swore) to give to your fathers, to Abraham, Isaac, and Jacob.”

This is critical thinking of knowing and choosing what is truly good and important to us and to God, and there is no other way to slice or interpret this. 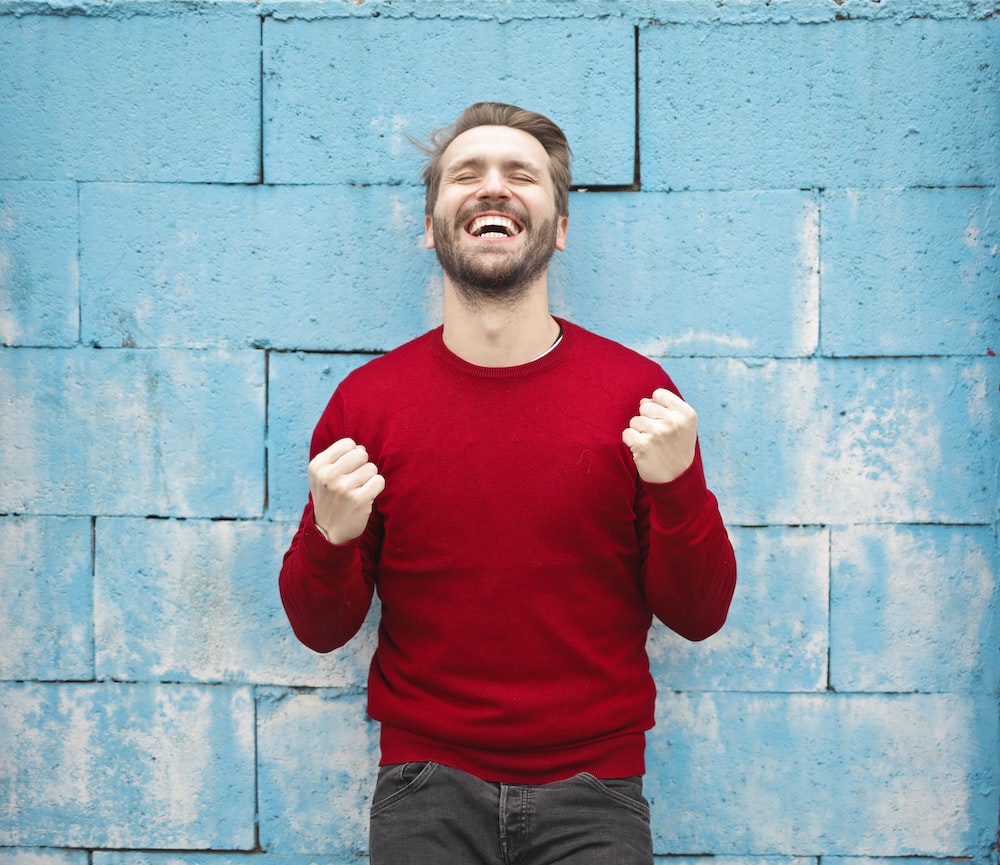 I was kinda happy yesterday, and the 6 months – there has been more and more gentle validations and support that my move out of my previous business (that was acquired by a larger health company), that we need to do the right thing(s) anyway, even if it’s

It may not be popular with the “so called in-crowd, or people with money, power or influence” but frankly, they’re not important to me.

I’m not here to please people who wants me to sing, dance, say and do what they want me to do. Which is what I’ve often felt where people want to “own” me and think they can get me to do whatever they want, at their convenience.

But, hey no thank you – you can go find other people who’d dance and sing for you, but certainly not me.

And…it’s so nice to hear that there are people like me out there, especially when he also told me that he had walked away from money, convenience and more, because in the end…

We just have to do the right thing.

And I’ll just keep doing the right things, and I am certain that God has so much more in store for me for the future.

To me at least, it’s based on the following important “big matters”

However, from a practical standpoint, if one isn’t financially secure ie having multiple streams of passive income and/or having a surplus of savings or income, it’s really hard to pursue what is important and good to us.

The evil is being broke, being enslaved by long hours of meaningless work, being apart from things, people and causes that truly matter.

That is why many die with regrets on their death beds – look, I’m not gonna mince my words, but at the end of the day and end of our lives, we don’t typically think of “hey I wish I was at work…” but:

Most of the regret of the dying, as shared by a Bronnie Ware, a palliative nurse’s perspective (in her book: The Top Five Regrets of the Dying):

1. I wish I’d had the courage to live a life true to myself, not the life others expected of me.

“This was the most common regret of all. When people realise that their life is almost over and look back clearly on it, it is easy to see how many dreams have gone unfulfilled. Most people had not honoured even a half of their dreams and had to die knowing that it was due to choices they had made, or not made. Health brings a freedom very few realise, until they no longer have it.”

“This came from every male patient that I nursed. They missed their children’s youth and their partner’s companionship. Women also spoke of this regret, but as most were from an older generation, many of the female patients had not been breadwinners. All of the men I nursed deeply regretted spending so much of their lives on the treadmill of a work existence.”

3. I wish I’d had the courage to express my feelings.

“Many people suppressed their feelings in order to keep peace with others. As a result, they settled for a mediocre existence and never became who they were truly capable of becoming. Many developed illnesses relating to the bitterness and resentment they carried as a result.”

4. I wish I had stayed in touch with my friends.

“Often they would not truly realise the full benefits of old friends until their dying weeks and it was not always possible to track them down. Many had become so caught up in their own lives that they had let golden friendships slip by over the years. There were many deep regrets about not giving friendships the time and effort that they deserved. Everyone misses their friends when they are dying.”

5. I wish that I had let myself be happier.

“This is a surprisingly common one. Many did not realise until the end that happiness is a choice. They had stayed stuck in old patterns and habits. The so-called ‘comfort’ of familiarity overflowed into their emotions, as well as their physical lives. Fear of change had them pretending to others, and to their selves, that they were content, when deep within, they longed to laugh properly and have silliness in their life again.”

And this is part of the reason why I have increased my joy and happiness by at least a good 10x after leaving my previous company that was founded by myself and my wife, EVEN when, in their bid to retain me, offered me to draw as much salary as I wanted from the company but I have a different calling.

Of course, equally as important, is that I have finite time and energy – I want to spend time doing what I enjoy doing with who I want to work, grow and have fun with. It’s my choice. And I want to stay true to myself, and choosing happiness and freedom for myself and my loved ones.

It was scary and fearful, but looking back during that time, I will do it again in a heartbeat – I don’t miss them at all. I do miss the therapists whom I love and care for dearly, and have so much feelings for, but after seeing how less than 1% of them reached out to me…it’s data for me to recalibrate (though this doesn’t take away my care and love for them.)

(Although to add, after living for 3 years with very low salary, it taught me to live with less, so enticing me with money didn’t quite work, and neither did their loud noises work so…oh well).

So, let’s start with first, with helping my readers, clients and myself to first and foremost to earn more money and then transition to build multiple streams of passive income, as well as a dedicated personal development, mindset, success habits section.

This exercise is an extension of my earlier exercises on finding my purpose, and the earlier guiding questions was

Hmm – if I have $10 million in the bank, what I would do…I believe generally I’ll put them into very safe income investment vehicles that will pay me income, interest and dividends like clockwork every month or every week. Maybe it’d be 2-3% per annum, and that’s $200K – $300K, divided by 12 months.

More than enough to live and thrive.

On then, onto the more important question, what would I do then? From the interests/dividends only:

These exercises to me are quite fund, because it’s contemplative, and clarifying and clarity bringing. I know I want a simple life and no need for fame or excess – just freedom is what I want. And as I dive deeper, I begin to see that things are “linked together”, eg

Hence the need to have our cake AND eat it too. 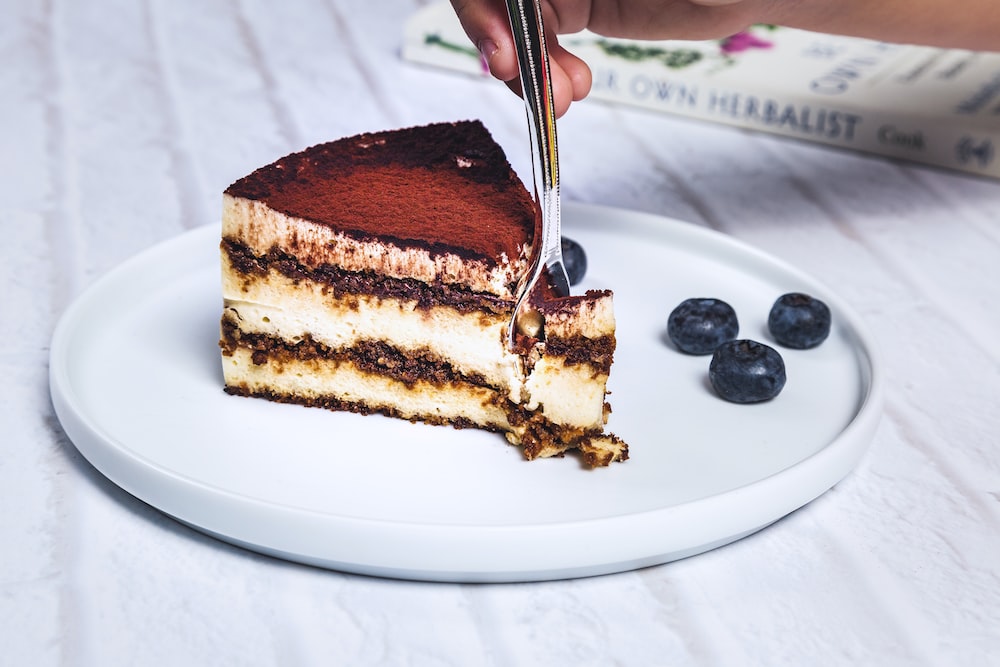 So what I’m sensing is that personal growth is important.

Hence the truth remains that:

More thoughts to this soon.